Chocolate and Xylitol Toxicity in Pets 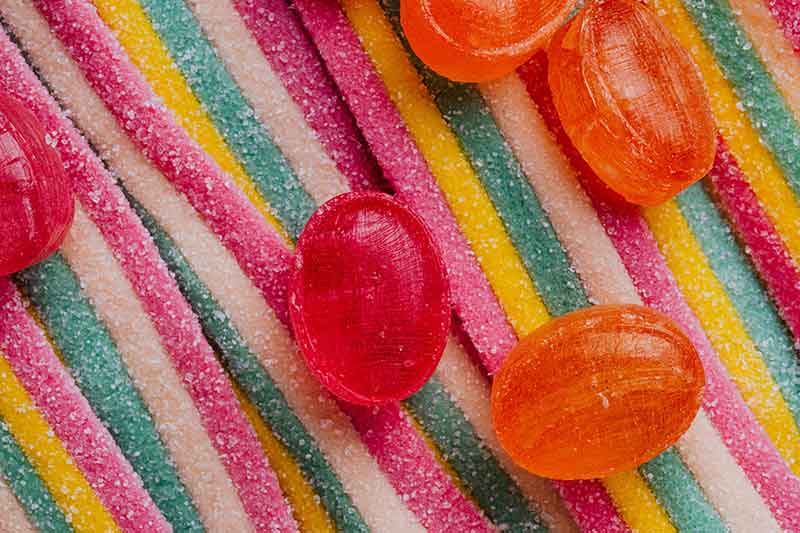 At times our precious pets can seem invincible, but in truth they are fragile and susceptible to lethal things. It’s our job as pet parents to be watchful and aware of what can harm them. In this article, we’ll talk about the dangers of chocolate and xylitol, why they are toxic, and what to look for if your pet has ingested either of these products.

Chocolate Poisoning in Dogs and Cats

Chocolate poisoning is one of the most common types of poisonings in dogs and cats. The occurrence of chocolate poisoning is of particular concern around Halloween and the holidays when candy is more abundant. Because of the toxic effect chocolate has on dogs and cats, it should be kept out of reach of pets. If you have children, teach them at a young age that it’s not okay to give their pets chocolate and other “people food.” To be safe, only food and treats made for pets should be permitted at all times, but especially around Halloween.

Why is Chocolate Toxic to Pets?

Chocolate is processed by grinding hulled cacao beans. The product that results from this grinding is called chocolate liquor. Within the chocolate liquor is a chemical called theobromine. This chemical is the reason that chocolate is toxic to pets (both cats and dogs). The more chocolate liquor found in a product, the more toxic it is to a pet, meaning less of it needs to be eaten for more serious symptoms to occur.

Signs and Symptoms of Chocolate Poisoning in Pets

Though there is an extensive list of possible symptoms after chocolate poisoning, the most common are:

After chocolate ingestion, it takes nearly four days for it to work out of an animal’s system. Because of this, symptoms can progress and last for the entire four days that it takes an animal’s body to clear the toxin.

If you suspect or know that your pet has eaten chocolate, it is important to seek veterinary care as soon as possible. Dogs and cats that are treated quickly after ingestion have a much greater chance of avoiding toxicities.

If your pet is seen quickly enough, your veterinarian can induce vomiting to try and remove as much of the chocolate from your pet’s system as possible. After a pet has vomited, they are typically treated with some form of activated charcoal. The charcoal will help absorb the toxins that are found in the chocolate. If too much time has passed after an animal ingests chocolate to be treated with vomiting and charcoal, they are generally treated with supportive care. This would include IV fluid therapy and medications specific for whatever symptoms they may be experiencing.

Xylitol is a sugar alcohol that was first discovered in the late 19th century and was first used as a safer alternative to sugar for diabetic patients. In the 1970s its benefits in oral health were discovered and since then it has been used to sweeten dental products such as toothpaste and mouthwashes, in addition to sugar-free gum and candy. It tastes and looks like sugar and in people has very little side effects. In dogs, however, xylitol can be very dangerous, and even fatal. It is not clear the impact xylitol has on cats.

Related Article:  Report reveals dognapping is on the rise

Why and How Xylitol is Toxic to Dogs

In humans, xylitol is absorbed very slowly and has little effect on blood sugar and insulin levels. In dogs, however, xylitol is absorbed very rapidly into the bloodstream. This rapid absorption can cause a widespread release of insulin, which is what causes hypoglycemia (low blood sugar). Xylitol can also cause liver failure, which may lead to bleeding problems and death. Unfortunately, very little xylitol can be extremely toxic to dogs. In a 20 pound dog, as little as one or two pieces of gum may cause hypoglycemia.2

Signs and Symptoms of Xylitol Poisoning in Dogs

Xylitol toxicity can result in a wide variety of clinical symptoms in dogs.

If you suspect your dog has ingested sugar-free gum or another product containing xylitol, call your veterinarian immediately. Your vet may induce vomiting to try and remove the toxin. However, because of the rapid absorption of xylitol, this needs to be done very soon after ingestion. With many poisons, activated charcoal can bind some of the toxin, but it is ineffective with xylitol.

If xylitol has been absorbed, your pet may need extensive supportive care. Veterinarians will likely start IV fluids, possibly containing dextrose (a sugar compound) to try and maintain normal blood sugar. A decrease in blood sugar can occur for days after xylitol ingestion, and therefore hospitalization will likely last for days as well.

If your dog develops liver problems or failure, then a variety of drugs will be necessary to try to protect and support liver function. The prognosis for xylitol ingestion is good for uncomplicated decreases in blood sugar. However, the prognosis becomes poor to grave when liver failure and bleeding disorders arise.

1 Parker Animal Hospital (n.d.). Why Is Chocolate So Bad For Dogs? Retrieved from https://parkeranimalhospital.com/why-is-chocolate-so-bad-for-dogs/

2 Morrissette, M. (2012, February 2). Xylitol, the Deadly Sweetener Capable of Killing Your Dog Within 24 Hours is Lurking in Stuff You Probably Didn’t Know About. Retrieved from https://www.poisonedpets.com/sugarless-gum-with-xylitol-the-toxic-bubble-poised-to-pop-on-your-pet-i-said-pop-not-poop/

Dr. Chris Roth is the resident veterinarian and pet health writer at Pets Best Insurance. He earned his Doctor of Veterinary Medicine (DVM) from Kansas State University, as well as a degree in biology. Over his 29 years practicing General Veterinary Medicine, including owning and managing two veterinary practices, Dr. Roth has accrued a wealth of experience and specialized training in advanced Small Animal Orthopedics as well as maintaining an AVMA membership, Fear Free Veterinary Practice certification, and Idaho Veterinary Medical and Board of Pharmacy licensure. Among other experience, he has also held a role as an E.L.I.T.E. field consultant for Advanced Sedation and Pain Management for Zoetis Animal Health, formerly Pfizer Animal Health.
Read More
PrevPreviousHalloween Pet Safety Tips
NextAir Pollution Risks to PetsNext